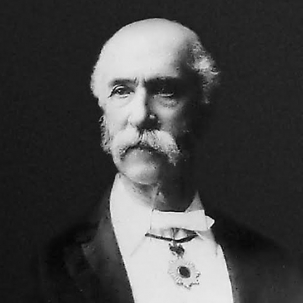 On the anniversary of the death of “Scottish Samurai” Thomas Blake Glover, we can announce that we will be releasing another batch of its iconic Glover whisky, after overcoming a shortage of high quality Japanese whisky. We expect it to be available summer 2019.

First launched more than three years ago, The Glover was an overnight success, with bottles of the rare £1000 22-year-old blend selling out in 24 hours to excited whisky fans and collectors. Acclaimed for both its flavour and innovation, The Glover was a ground-breaking dram that fused mature Scotch with ultra-rare whisky from the legendary Hanyu distillery in Japan.

While The Glover was so successful, a temporary shortage of top quality Japanese whisky prevented Fusion Whisky and our partners Adelphis from following up quickly on our sell-out 18-year-old variant, released almost two years ago.

David Moore, director of Fusion Whisky, said: “I am excited by the prospect of a new release of The Glover, the iconic whisky that celebrates the life and legacy of Thomas Blake Glover, a true Scottish legend who had a profound impact upon Japan.”

TB Glover was instrumental in the modernisation of Japan in the second half of the 19th century. He co-founded both Mitsubishi and the brewery that became the Kirin Group, and also played a key part in the restoration of Emperor Meijo in 1868. He died, aged 73, on 16 December 1911 in Tokyo, and was the first non-Japanese person to be awarded the Order of the Rising Sun. His home in Nagasaki is now a major tourism attraction that draws in almost two million visitors a year.

Mr Moore added: “We’re not shy in saying we always wanted to make more of The Glover, though the odds of sourcing another Japanese whisky of that quality and rarity were stacked again us. We hope whisky lovers will be eager to see the return of The Glover, which we expect to be available next summer.”

Last month we released 400 bottles of their Winter Queen whisky, a 19-year-old blend of Scotch and Dutch whisky in honour of the Scottish princess Elizabeth Stuart. It followed the release earlier this year of The Brisbane, the first whisky in the world to deploy blockchain technology for end-to-end trust and traceability, and its Indian fusion, The E&K.

Alex Bruce, managing director and master blender of Adelphi, explained: “We took the fusion concept and partnered with great distilleries in India, Australia and the Netherlands.

“As well as The Glover, we also produced The E&K, The Brisbane and The Winter Queen, each one celebrating a Scottish hero and each one acclaimed for its stunning flavours and innovation.”

While credited with driving the “fusion” concept, Fusion Whisky and Adelphi also pioneered the use of blockchain in whisky, a high-tech innovation that is increasingly used in food security and quality control.

Mr Bruce added: “As well as being able to tell the story of each character effectively and show the incredibly complex process that goes into each fusion, our use of blockchain allows us to demonstrate the provenance of each whisky, giving buyers the all-important confidence in the uniqueness of their whisky and a bulwark against counterfeit.

“We’re particularly proud that the Australian fusion, The Brisbane, which was made in collaboration with the acclaimed Starward Distillery, was the first whisky in the world to employ blockchain, following on from the innovative use first seen in Adelphi’s own releases of its AD spirit.”