Fusion of Indian and Scotch Whisky 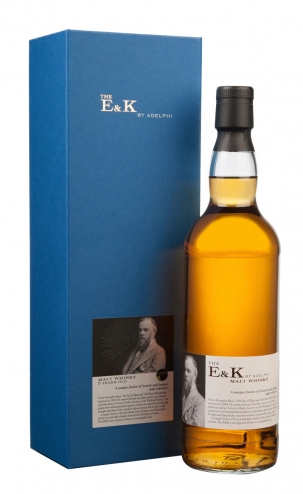 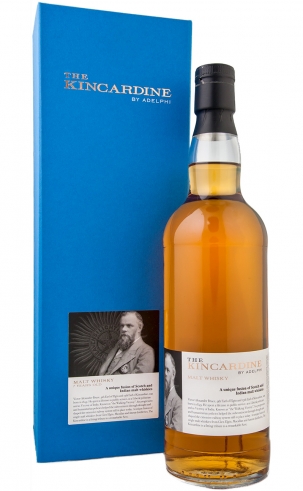 The Kincardine is a fusion of Amrut single malt whisky and Scotch from Glen Elgin and Macallan distilleries. It honours the life of the “Walking Viceroy” Victor Bruce, 9th Earl of Elgin and 13th Earl of Kincardine, who spent a lifetime in public service and whose legacy lives on in both Scotland and India. 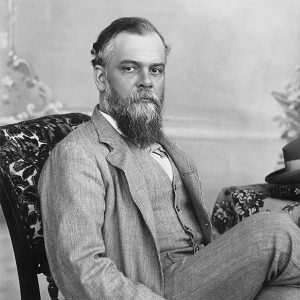 Victor Alexander Bruce, 9th Earl of Elgin and 13th Earl of Kincardine, was a prominent Scottish Liberal politician in the late 19th century. In 1894, at the age of 45, Queen Victoria, the Empress of India, granted him the most prestigious appointment in the British Empire – Viceroy of India.

As Viceroy of India, Victor Bruce had responsibility for the entire sub-continent and its population of 320 million people. Victor’s attitude towards the sub-continent matched that of many of his fellow Scots who were also serving in India. As a Scottish Liberal politician, he pursued progressive policies and sought to improve education, public health and free trade. He drove technological advancements and expanded India’s railways. During his five years in India, more than 5,000 miles of railways were built or planned, increasing the network to over 20,000 miles.

Each year of his Viceroyalty, Lord Elgin spent the autumn accompanied by his wife Constance and their three daughters touring the vast country by train, paying official visits to the Princely states.

To cope with the pressures of office, Victor took regular early morning walks, accompanied only by a solitary detective and his trusted walking stick. These walks, often incognito, gave Victor an invaluable insight into India and its people (though he wore out five pairs of boots!) and earned him the nickname “the Walking Viceroy”.

And though he was the personal representative – and godson – of Queen Victoria Victor remained a modest man. Every April, he and his family would escape the Viceroy’s opulent palace in Calcutta, and its 600 household staff, and seek out the family’s mountain retreat in Shimla, away from the Bengali heat. A simple cottage on the edge of a Himalayan forest at 7,200 feet, no doubt Mashorba reminded the Bruce family of Scotland. Mashobra is now an official summer residence of the President of India.

Victor also had his trials. Unrest, famine and colonial politics all reared their head; the north-west frontier and border with China were sources of tension too. In 1895 he took decisive action to lift the siege of Chitral. Two years later he authorised a force of more than 35,000 troops to recover the Khyber Pass. The boundary line that his government negotiated with the Chinese in the Eastern Himalayas – India’s Line of Actual Control – remains a source of tension

But Victor’s greatest challenge came amid a devastating drought in 1896. As crops failed across India, Victor’s government launched a public welfare programme that provided paid employment to more than thirty-three million people, saving millions of families from destitution. This humanitarian act was described as “one of the most remarkable achievements of British rule in India”.

After his return to Scotland in 1899, Victor returned to public service. In 1901, Andrew Carnegie asked him to serve as Chairman of the Carnegie Universities Trust, and the following year he was asked to chair the Royal Commission into the South African War. This led to led to the Haldane Reforms and the complete restructuring of the British Army. Victor chaired two further Royal Commissions in Scotland – on Salmon Fisheries and the division of property between the Free Churches. He re-entered Government in 1906 as Secretary of State for the Colonies. In 1914 he became Chancellor of Aberdeen University.

Victor Bruce died in Scotland in 1917, aged 68, after a lifetime of public service.