Fusion of Swedish and Scotch whisky

The Såndebud is a pioneering fusion of single cask whiskies from Sweden’s High Coast Distillery and Scotland’s Ardnamurchan Distillery. Created in honour of the Scottish lawyer-turned-merchant and Swedish ambassador Colin Campbell (1686-1757), it has a limited run of only 1008 bottles. 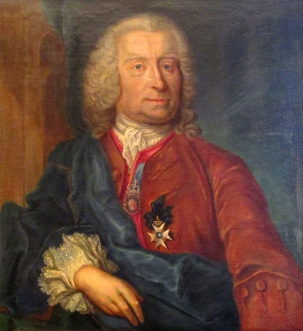 The Sändebud is named after Colin Campbell (1 November 1686 – 9 May 1757), a Scottish lawyer-turned-trader whose influence in Sweden can still be seen around the old docks, wharfs and warehouses of Gothenburg.

In 1720, facing ruinous debt, Campbell fled Edinburgh for Ostend, where he made a name for himself as a merchant.
Eyeing an opportunity in Sweden, in 1731 Campbell teamed up with two well-connected merchants, Niclas Sahlgren and Henric König, to form the Swedish East India Company, a powerful trading business that brought new wealth to Sweden.

Campbell was the Company’s main driving force, and he personally oversaw many of the highly lucrative trade missions to the Far East. Campbell himself was Sweden’s first Ambassador to China.

As Gothenburg grew into a major maritime centre, so too did Campbell’s influence and wealth. He was knighted, naturalised and became a Swedish noble. An honourable man, he kept his word and paid back the substantial debts he’d accrued as a younger man back in Scotland.

Campbell died in 1757, and was interred in Gothenburg Cathedral.

Campbell documented his first voyage to the Far East but destroyed the manuscript to stop it being seized when the Dutch boarded his ship. He later reconstructed it from memory and it was published in 1996, A Passage to China: Colin Campbell’s Diary of the First Swedish East India Company Expedition to Canton, 1732-33.