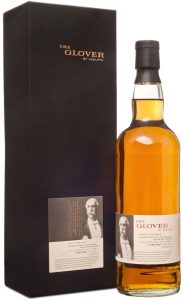 Fusion Whisky Ltd was originally formed as a small enterprise TBG & Co with the aim of producing a Scotch whisky to raise awareness of Thomas Blake Glover’s role in shaping modern Japan and celebrate Scotland’s historical, economical, cultural and social links to Japan.

The board of TBG & Co contacted Alex Bruce, managing director and master blender at Adelphi, with the aim of creating a designated fusion whisky to celebrate Glover’s life. In the end, and despite the challenges of international procurement and production, we produced not one but three Glover whiskies, all of which have sold out.

The Glover fusions gave us the opportunity to highlight the unique flavours of both countries, and create a blend that was even more than the sum of its parts.

In the summer of 2016, we decided to embark on an ambitious programme to bring out a series of new fusion whiskies, something that has never been done before. We changed our name from TBG & Co to Fusion Whisky Ltd to better represent our aims, and in the autumn of 2016 we released the second title in our fusion whisky series, The Kincardine.

With very strong international interest in this pioneering approach to blended malt whisky, Fusion Whisky Limited is planning to continue our series of innovative fusion whiskies. Working with our partner Adelphi, we’re already in discussions with international distilleries in countries where Scots have had a profound influence and where exceptional craft whisky is being produced.

We’ve since won a major award from Scotland Food & Drink for our innovative collaboration with Adelphi, and continue to attract interest from whisky lovers around the world.